Skip to content
Home Edibles Can You Mail Edibles? – Everything you need to know in 2022

Most stoners ask this: Can you mail edibles?

It must have popped up in your mind if you ever wanted to send edibles to your friend in another state.

Well, to answer that in short – yes and no or maybe.

Therefore, talking with the federal law, you cannot send edibles, marijuana, or any other weed product through state lines.

Still, many stoners have been successfully mailing marijuana. You can find them on forums, subreddits, and other social media platforms.

So, how do they are doing?

At very high risk! Playing with luck and fate.

The risk of getting imprisonment with huge penalties is always involved as they put the marijuana in the mailbox.

As the penalties from the federal government (despite legal states) are pretty harsh.

So, will you ever be able to mail marijuana products?

The federal USA still treats marijuana as a Schedule-I drug and has banned it federally.

Therefore, despite the relaxing rules in various states, the federal government still treats cannabis as it treats other controlled substances.

However, what is the status in those USA States where marijuana has been legalized, and stoners can share weed?

Colorado is another state with relaxed marijuana laws.

The state allowed medical weed use in 2000 and recreational cannabis in late 2012. After that, Colorado became the fully legal state for marijuana activities.

Adult residents of Colorado with age 21 or are allowed to possess weed and grow weed plants as per the latest regulations.

However, mailing a package containing marijuana to another state irrespective of the relaxing laws there is not legal in Colorado.

With that said, you cannot send edibles to other states.

It will not only come under as a federal crime but also might incur state charges (depending upon the laws of the state you are sending to).

California was one of the first states in the USA to legalize medical marijuana in 1996.

However, recreational weed got legalized a few years back in 2016. Since then, weed has become fully legal in the state.

That said, possession, cultivation, and sharing weed with adults became quite common.

Also, the state got another industry of billions of dollars after the legalization, which helped in government revenue.

Though sharing marijuana within the state among adults remained legal under the regulated guidelines.

However, mailing cannabis to other state lines remained banned.

Shipping marijuana or sending edibles in the mail to other states, even if it is a legal state, is treated as trafficking and can lead to heavy penalties by the federal agency.

As mailing, the illegal substances are treated as trafficking. Therefore, the United States Government can impose huge penalties that lead you to prison and fines.

The USA has been a country that took the first step towards legalizing weed.

However, the federal laws for marijuana left unchanged despite the gradual state legalization.

It led the weed to be included in controlled substances, imposing strict guidelines.

Therefore, apart from Colorado and other legal states, mailing marijuana throughout the country remains banned as it will become a federal crime leading to federal and state charges.

That is why shipping marijuana through the postal service has considerable risk.

Can You Carry Weed While Traveling To Other State?

Whether you are about to fly to another state or have an upcoming business trip, you cannot carry weed while traveling to other states.

It is because you cannot hide properly from the customs authorities. Also, it is illegal.

And once caught, you will be prosecuted and suspected of trafficking drugs. Also, the possession amount of drugs will decide the penalties further.

Moreover, the TSA works under the federal government and not under the state.

And as the federal authorities have declared marijuana an illegal substance, carrying weed while flying or traveling across the states can result in penalties.

How Do Federal Authorities Find Unlawful Shipping Of Marijuana?

The postal inspectors doubt a package with the suspicious sender and location.

Also, the priority mail is another reason for most packages to get the suspicious eyes of postal officers.

Further, the drug officers use drug-sniffing dogs for suspicious package if it is shipping drugs.

And if they get surety for that, the drug officers will not seize the package as soon as they catch it. Instead, they track the package to reach its destination.

Moreover, they will continue the investigation and try to find who receive the package.

Here the authorities can get a search warrant and get the authority to search the package.

Also, they can find from where the package is sent to investigate further and expose everything.

If found guilty, drug-related charges will be imposed and can lead you to the punishment of monetary fines and jail time of five years to up to 40 years depending upon the severity of the crime.

From suspecting a package to catching the drug-related offenses, authorities work.

Are You Guilty If You Receive Package In The Mail Having Marijuana?

According to federal law, you are guilty if you knowingly send or receive marijuana in the mail.

That doesn’t mean that you are automatically guilty if you have received a package containing weed. However, you need to be very careful with the investigators.

Here, a skilled drug defenses lawyer can help you with that.

Until the investigators prove you sent or received weed or its products knowingly, you can have a defense with the help of your lawyer.

Keep in mind that the authorities cannot impose drug-related charges until you are proven guilty.

What To Do When My Package Got Seized?

If you have sent a package via mail and the authorities have seized it, then two things can happen:

First, the authorities can send you an update regarding the order getting seized, and that’s it.

Second, they might track the location and can plan a visit if the total weight of seized weed is relatively more and intended to traffic drugs.

In the first case, most packages are destroyed, and you can consider yourself safe if you have kept a random business name instead of a real one and have not mentioned the return address.

Also, keep in mind that the authorities need a search warrant to investigate further.

Moreover, the tracking update of the postal can even invite you for the package to pick up after being confiscated.

That might be a trap, so ideally, don’t go for it.

Overall, sending packages containing weed or edibles can lead to serious trouble. However, you can take a free consultation with a lawyer if needed on legal issues.

Penalties For Shipping Marijuana If Got Convicted

In the worst-case scenario, several penalties have been described regarding a controlled substance crime.

However, penalties can vary depending upon the severity of the crime.

If convicted regarding ship weed for trafficking, the authority might give jail time of 10 years to 40 years depending upon the amount of weed seized.

For marijuana confiscated, less than 50 kilograms can result in 10 years of imprisonment for a second federal offense.

Similarly, the penalty increases as the amount of seized weed increases.

For 50 to 99 kilograms of marijuana found for shipping, the jail time increases to 20 years.

And for the amount more than that, jurisdiction can give up to 40 years of a prison sentence.

Moreover, possession of marijuana near the airport by an adult resident of age 21 or older is not a crime if the state permits adult use of weed.

However, carrying it to another state can lead you to trouble because the federal laws have been left unchanged for pushing marijuana into a controlled substance.

After knowing all the risks involved, if you are willing to take the risk, here’s a way by which you can mail edibles, hash oil, or any other product (which most stoners usually do).

Note: Remember, my team or I am no experts and do not encourage the illegal shipping of marijuana or other illegal drugs.

You will proceed at your responsibility and risk. My team at Marijuana Investor Summit and I will not be responsible for happening of anything awful by breaking the laws.

Ideally, you should always consider if marijuana is even legal at the state level. Otherwise, it will lead you to commit a double offense, including state crime.

To ship weed via mail, consider smaller amounts, a safer way to make it escape from the borders.

Also, compared to other options, the mailing is a safer option.

To escape the situation when dogs smell at the post office, you can use the masking scents on your package.

Double pack your weed into a brand new box if required and vacuum seal to make the package safer.

It is up to you if you want to ship weed via private companies or want to use the government service.

Also, private carriers might require a return address in some cases. So, consider everything before choosing a mail service provider.

However, before that, make sure you don’t mention the receiver’s actual name, ensuring their privacy. Also, don’t put the return address on the mail package.

You should ship your package on Monday to reach the destination within the week. So that the package doesn’t stay at the post office on the weekend to let the authorities sniff around.

If everything goes well, you must successfully ship marijuana to your friend.

However, if the package gets seized, you might still be safer as you have followed the preventive measures.

Even in the worst-case scenario, you can also get a lawyer for yourself to defend the situation.

Can you mail weed products?

The federal government has still kept marijuana as a Schedule-I drug in the USA despite the various states legalizing it.

Is it safe to mail weed?

Frankly, it is not safe to mail weed due to the involvement of enormous risk. Also, there are a plethora of penalties if you get convicted.

Depending upon different states, the penalties by state laws might vary.

However, penalties are pretty harsh under the federal government, ranging from 10 years to 40 years imprisonment with a monetary fine if found guilty of drug trafficking.

Can you mail edibles to Colorado, California, or any other legal state?

No, you cannot mail edibles through Colorado, California, or any other legal state lines through legal way.

Shipping marijuana or sending edibles throughout any state remains banned under the federal government.

What to do if my package has been seized?

If you have not mentioned your real name and return address and opted for cash as a payment option, you will most likely be safe.

Otherwise, depending upon the seized amount by the authorities, you can expect some visitors.

However, even in the worst case, you can call an experienced drug crime lawyer for help.

Mailing edibles, marijuana, or any other drug is illegal, and you should not do it.

However, there are certain loopholes by which stoners make weed travel through state borders, which involves considerable risk.

Therefore, the best option remains not to ship weed or any other drug.

Still, stoners take that risk for shipping marijuana, and if got convicted, then they take the help of a drug defense lawyer.

Ideally, to avoid all the hassles, it is better to wait for the state laws to allow cannabis usage and not ship or send weed to other friends.

How To Use A Raw Joint Roller? 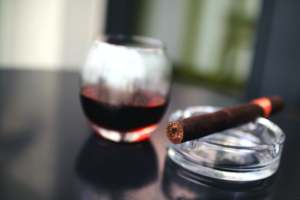 How To Roll Backwood? – [Don’t Miss THIS]

How To Smoke Moonrocks? [Everything you need to KNOW]